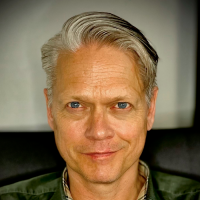 Since 1997, Peter has worked with crisis psychology and started his career in the defense center for leadership, where he had conversations with soldiers who had been deployed to Yugoslavia in the International Brigade.

Since then, Peter has been employed by the National Police Chief, where he prepares dialogue tools for both crisis psychologists and the officers, so that they were able to provide psychological first aid to both citizens and colleagues in the event of accidents.

Before Peter joined Howdy, he was Chief Psychologist at Falck, where he trained and taught psychological first aid, among other things.

Today, Peter takes care of our internal psychological emergency, where we have about 25 conversations a day with people who are facing very different problems, but who need help here and now.

Your wellbeing is important

Ready to get started?